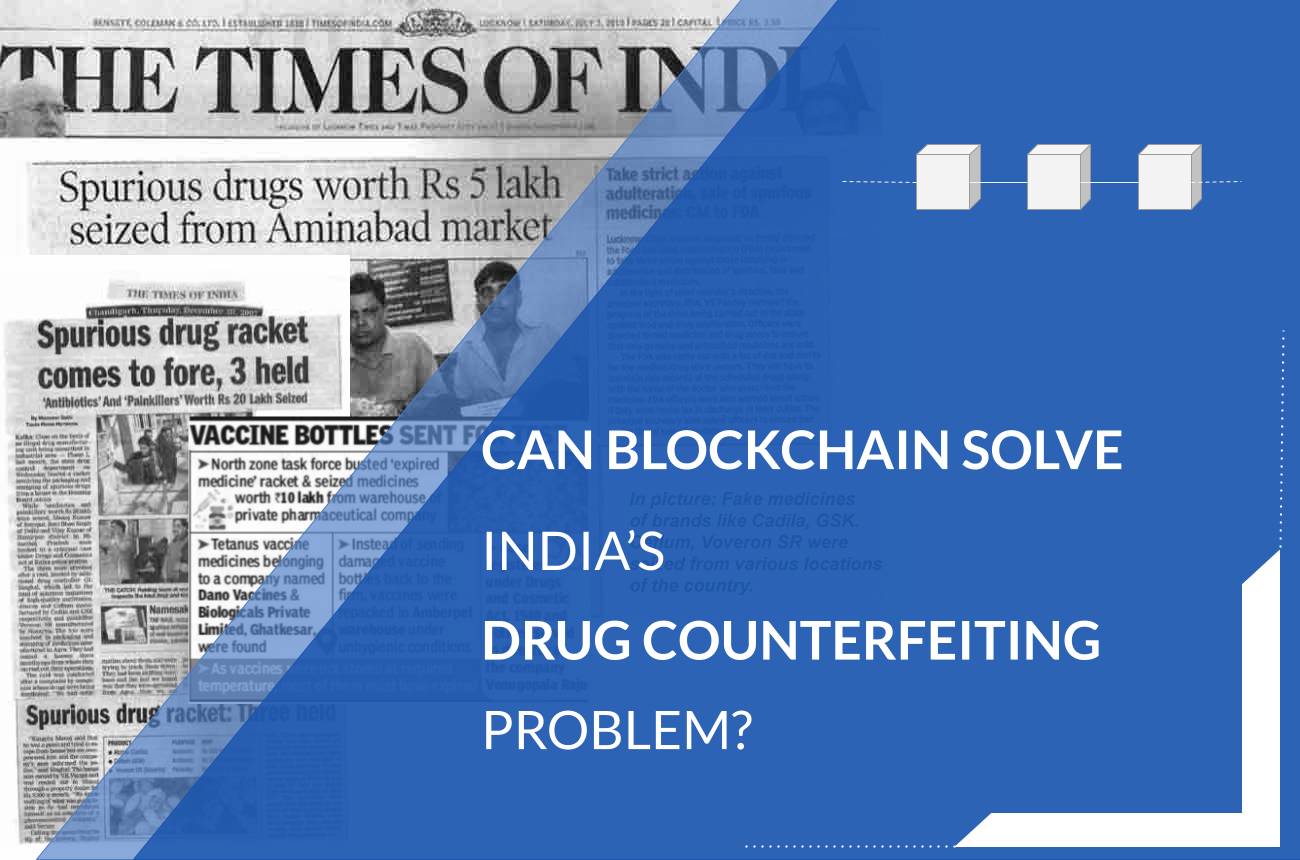 According to a March 2019 report, counterfeit drugs are responsible for the death of over 2,50,000 children per year. And while these numbers are jarring, they only illustrate the deaths related to counterfeiting in malaria and pneumonia drugs alone! At this rate, the real figures for all counterfeit drugs and vaccines and their corresponding effects may run in millions!

Resultantly, there is a dire need for pharmaceutical brand protection and anti-counterfeiting solutions in India.

State of the Drug and Vaccine Supply Chain in India

The Indian drug and pharma supply chain is riddled with several unprotected and unverified points of contact, which acts as the gateway for counterfeit drugs and vaccines. The culprit could be anyone, from global trade companies to manufacturers sourcing ingredients from uncertified suppliers. The lack of standardized labelling standards has also led to the unmitigated rise in pharmaceuticals counterfeiting.

A few other factors that make drug and vaccine monitoring tough includes:

Pharmaceutical companies are exploring the possibilities offered by blockchain technology to facilitate a secure, transparent, and rapid track and trace system. In this context, blockchain appears to be a lucrative option to solve various drug and vaccine supply chain challenges.

Blockchain calls for the management of a decentralized, digital ledger to record, maintain, and transfer data in real-time. The introduction of blockchain in the supply chain introduces transparency to all stakeholder levels.

The blockchain network requires the serial-order labelling of the drugs and vaccines, which shall also reflect on the packaging. This serial number gets scanned and recorded at every point of transition from the factory to the chemist. When employed at a nano-scale, manufacturers can use it to track and trace pharma ingredients and chemicals.

Additionally, when integrated with other technologies like IoT, blockchain networks can also capture critical details such as the location, temperature, and state of the package. And since the captured data is immutable, there is an almost negligible chance of record tampering.

As a result, blockchain can enhance drug and vaccine traceability by making the supply chain robust, tamper-proof, transparent, secure, verifiable, decentralized, and unified.

RealMeds offers reliable anti-counterfeiting solutions by employing cutting-edge technologies like blockchain, AI, and IoT. Through our track and trace system, pharmaceutical supply chain players can seamlessly verify medicine by batch numbers in real-time. By plugging all the leakage points, we harbour a trustworthy network of global drug and vaccine suppliers with zero tolerance for counterfeiting.

BACK TO ALL BLOGS